OPEN SATURDAYS 10-5pm
(or by appointment at your convenience)

Note:
Regardless of how good any individual component specs out, your audio system will only perform as well as the weakest component in the system. The best exotic loudspeakers available will sound mediocre when driven by a gutless power amplifier. Likewise, a powerful, expensive, accurate amplifier driving cheap, poor quality speakers will sound cheap. Superb audio systems are assembled by collecting superb components. When it all finally comes together, you know it!

We will consider shipping but that requires a phone call to discuss first.  Obviously, it's the preference for local pick up after a full demo of the equipment. 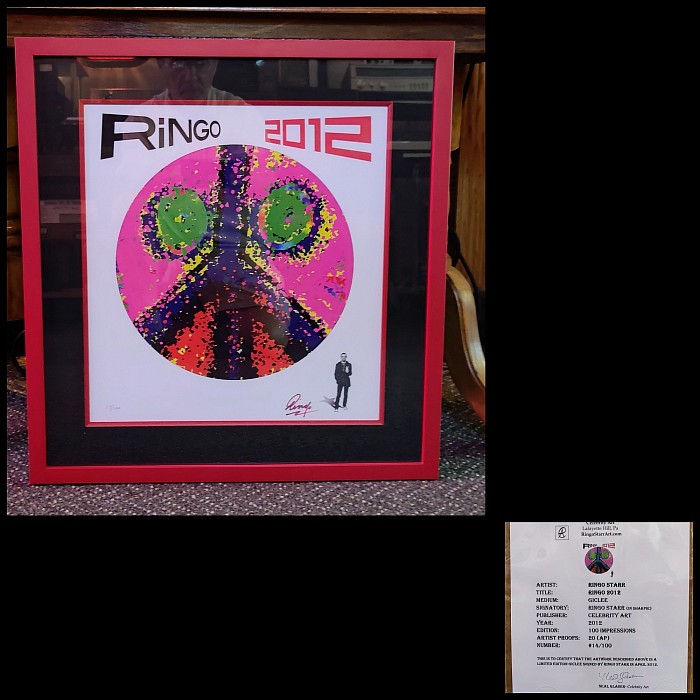 Cherry Vintage Audio © started out as a serious hobby dating back to the late 60's.  Our background includes over 50 years of audio experience and involvement in the areas of custom showroom design and layout, electronics repair, advertising, marketing and audio systems consulting. Back in the late 60's, owning just a few vintage pieces led to what eventually became a few hundred.  So, by 2014, this led to a storefront on Cherry Avenue in Long Beach CA.

Eventually, within the first few years, word of mouth had spread. Besides folks in the vast Southern California area, we also had customers coming from hundreds of miles away (Las Vegas, Arizona, Oregon and Nevada).  The decision was made to relocate from LA back to Greenville SC in May of 2017 because Greenville was our previous home for over 20 years .  The lure of the Carolinas and its lifestyle is hard to resist.

Since moving back to Greenville we've had an amazing response of folks coming in person from as far away as Texas and New York.  Many other folks who have come from Kansas, Georgia, North Carolina, Virginia, Tennessee, Florida, etc are not just buyers, they have become friends.

In the beginning and continuing today, our reviews remain very positive. The good folks that had a pleasant experience at Cherry Vintage Audio and actually took the time to write a review makes it all worthwhile.

We will consider shipping but that requires a phone call to discuss first.  Obviously, it's the preference for local pick up after a full demo of the equipment.

Essentially, we've  been involved in the world of high fidelity for over 50 years.  We don't claim to be anything more than those who appreciate the exceptional build quality and warmth of sound when it comes to analog stereo equipment.  And, since even the 90's are now considered "vintage", we also carry some of the finer digital or digital/analog hybrid pieces as well.  However, we only do simple stereo...no surround sound and nothing made in China.  We will never mislead you, lie to you or deal in unethical transactions.

We always encourage folks to come and visit the beautiful showroom in Greenville SC.  Simply call first and come on over!

What we do and how we do it...
Cherry Vintage Audio deals mostly in audio equipment from the 70s and early 80s.  To us (and many others) this is the "Golden Age of HiFi", where much of it was built heavily, with a good design, great sound and stunning appearance.

Be assured that, since our beginning in 2014, all of our vintage gear have collectively and individually been subjected to hundreds of hours of intensive labor and meticulous detailing involving one or more of the following: repairing, reconditioning, restoration, cleaning, testing and/or whatever else may be needed in order to be able to say everything is in good to very good to pristine condition and, in some cases...mint.  We do not say "mint" unless it's really "mint".

Generally speaking, all repair/restoration work is primarily done in-house with some exceptions based on time/parts availability.  As a general rule, we do not do consignment except for special circumstance items, call for more info.  Also, we generally do not take in outside repair work except on a limited basis depending on the item, parts availability and time constraints.

Since there are no warranties, refunds or returns on sold items, all we can promise is that the equipment will be tested in front of you to show everything is fully functional before any decisions are made to purchase.  Payments are either by cash or PayPal only.

The era of vintage audio, from slightly before 1971 through 1981 and slightly thereafter, comprised the gilded age of hi-fi and the ripe years of RCA Living Stereo, Radio Shack, record and tape clubs ("Get 12 records for a penny!"). This era of audio embodies the work of such names as Saul Marantz, Hermon Hosmer Scott, Rudy Bozak, James B. Lansing, Paul Klipsch, David Hafler, and Henry Kloss—dead guys with ears. These guys used the absolute best minds available to design and engineer sonic marvels that have stood the test of time as icons in a world now dominated by knock-offs from China, home theater, Sonos and so on.

Consider vintage analog and analog/digital hybrids...During the Late 60's through the very early 80's there was a huge audio market driven by the demand for quality high fidelity stereo gear. But, by the mid to late 80s', the audio industry was moving towards lower quality standards along with digital convenience, so the high priced market was drying up, and manufacturers were lowering costs and building systems that were offering high power but much lower in price.

The rack systems were starting to pop up in the early 80's and all of the major mass market manufacturers found new profits in their lower quality high power systems, offering cheap turntables, cassette decks, cd players and digital receivers with graphic equalizers.  Customers were often under the impression they got a good value for the price, compared earlier to the much higher priced high end systems.

However, the one major drawback occurred when digital became the standard; quality suffered and, more often than not, they simply couldn't compare to the quality standards of the high end components of the '60s, '70s and into the early 80s.   Like that old saying "they don't make 'em like they used to"...